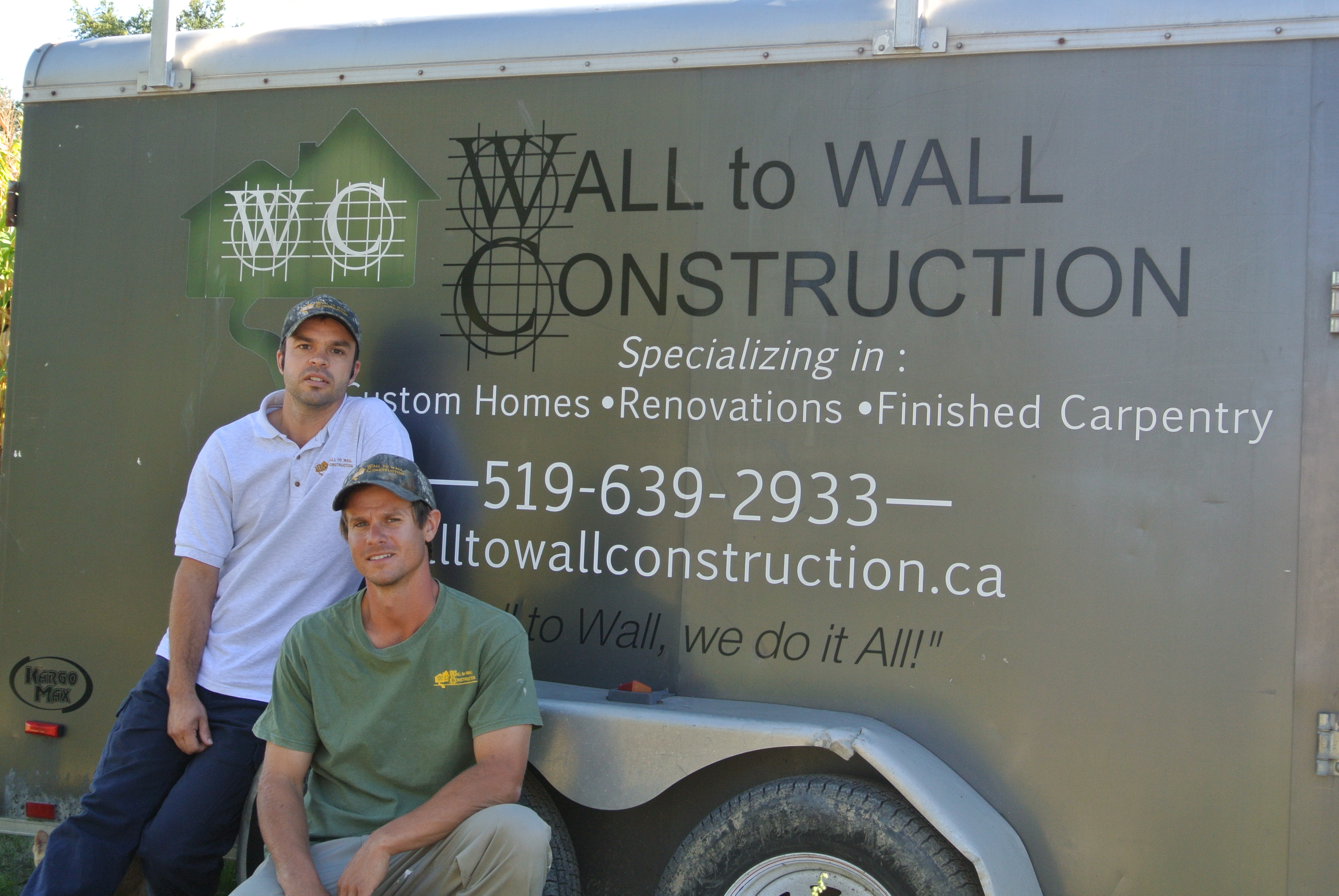 Mike Wall wasn’t always in the home building business, in fact, when the idea was suggested to him several times, he laughed it off. It is now 10 years into his career as a home builder and he has never looked back.
It all started when Mike and his wife purchased a plot of land to build a larger home for their growing family. Mike learned how to draft and blueprint and managed the build himself. The project was such a success that friends and family suggested that he had a true talent and should build homes for a living. He laughed at the suggestion and continued to work in his job at a local factory. As his family grew the long hours at the factory became more taxing and he had less time to spend with them. Around this time he sold his first home and started to build another. Friends and family again made the same comments about starting a home building company. It was when he was on a parental leave after the birth of his third child that he really started to look into becoming Tarion Certified (a certification required by anyone wanting to build and sell homes in Ontario). Shortly after returning to work at the factory he decided to take a leap of faith and start his own home building business. Six years ago Mike’s Brother Jim Wall moved home to Elgin County from the Windsor area and joined the business as a partner and that is when the cleverly named business Wall to Wall Construction was born(www.walltowallconstruction.ca).
Located in the Township of Malahide, Wall to Wall Construction builds additions, does home renovations, and specializes in custom built homes. They use the Insulated Concrete Form (ICF) technique as a greener way to build homes. They are also currently in the process of building LEED certified homes – super energy efficient homes that are the most cost effective to heat and cool in the continuously fluctuating southwestern Ontario climate.
The process of a custom build starts with a call to Wall to Wall Construction. Every custom home is unique from the trim to the faucets and based on a budget that the home owner can work with. Mike Wall creates all the blueprints himself in-house. This way when changes and alterations need to be made during the building process, they can be done immediately in-house, instead of being outsourced to a third party, that would ultimately create more costs for the client.
After the blueprints are created Mike sells them directly to the client, giving them the opportunity to get the build quoted by other businesses, all he asks is that he is given the opportunity to quote on the job.
Once the build has begun, a simple 1500 square foot home can take approximately 4 months to build and larger home up to 7 months.
The Walls pride themselves on the fact that they are a family-oriented business. They don’t require their employees to work excessively long hours to get projects done quickly. They prefer that the job is done right and part of that is having employees with a good work/life balance. Even during peak construction season when other companies require their employees to work late into the evenings, Wall to Wall Construction makes sure they are able to spend time with their families.
“We firmly believe that the families of our workers are important and that having a good relationship with their family will translate into their work,” says Mike.
The Walls have built their business on the principles of honesty, integrity, and trust.
“When we say we are going to do something, we do it,” said Mike. “Home owners are often shocked when we do exactly what we said we were going to, or when we go above and beyond expectations. Our clients are important to us and we treat them all with the same high quality standards. Anyone can build a house but we are looking to build a home.”