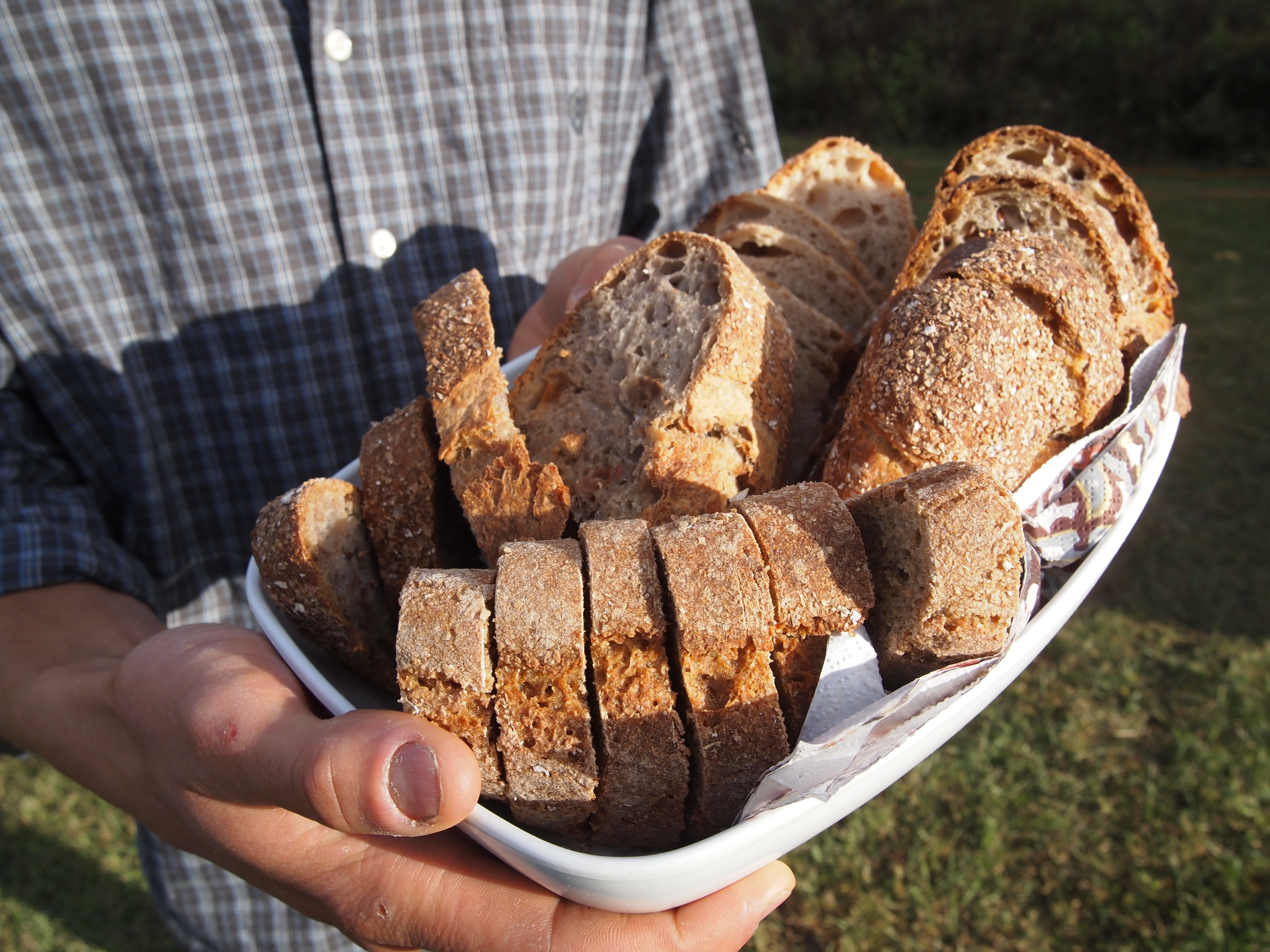 If you've ever fantasized about running off to the french countryside to pursue your true passions, Seth Wiggin’s story is one you might be interested in. Seth spent his childhood in Port Stanley but left the area to pursue his education and subsequently his career in civil engineering. He travelled for a while after graduation visiting England and France where he ended up spending some time learning to make cheese on an organic goat cheese farm.

After finishing his travels and returning to Canada, he lived and worked in Toronto for a time. While at home in Canada he longed for the fresh, delicious bread he enjoyed on a daily basis in France and decided to experiment with natural ferment/sourdough bread at home. He quickly realized that his current career path did not interest him and he decided to return to France and the cheese farm. He soon realized that his passion for cheese lay in consuming it – not creating it; however, he was still very interested in learning to bake bread in a traditional french way. He began working at the Boulangerie Les Copains a bakery cooperative, and ended up staying for four years gaining an intimate knowledge of artisanal bread making.

After returning to the Port Stanley area, Seth made the acquaintance of Ken and Martha Laing owners of Orchard Hill Farm just west of Sparta. The farm’s idyllic rural setting, with its rolling hills and stunning vistas, is reminiscent of the French countryside. The 93 acre organic farm is powered by Suffolk Punch draft horses and provides fresh fruits and vegetables for approximately 100 families through a Community Supported Agriculture (CSA) program. Using grains grown and milled on-site at Orchard Hill Farm, Seth launched his bread making business, La Houlette De Vie.

La Houlette De Vie translates to “The Staff of Life” a phrase that makes reference to bread’s role as an important diet staple the world over. Seth believes that bread being a staple should be nourishing and nutrient rich. His decision to return to his roots has been Elgin County's gain as residents now have access to fresh handmade artisanal breads crafted in the french style.

All La Houlette De Vie doughs are naturally fermented and made with only flour, water, sourdough, and salt. Seth then adds any nuts, fruit, or seeds to the mixture.  Breads are then baked to perfection in an authentic wood-fired stove built on-site at Orchard Hill Farm. This is a process can take up to 24 hours from start to finish; however, according to Seth, it is well worth the wait.
“Good bread takes time,” he says. “This is bread that will fill you up for hours with nutrients that aren’t found in bread that has been mass produced.”
Some of the mouth watering selections offered by La Houlette De Vie include baguettes with crisp crusts; wheat breads with flax and sunflower seeds; buckwheat flour bread with organic cranberries; 100% Rye bread; and, Walnut - Raisin Bread.