Century Chocolates – A Taste of Luxury in Downtown West Lorne 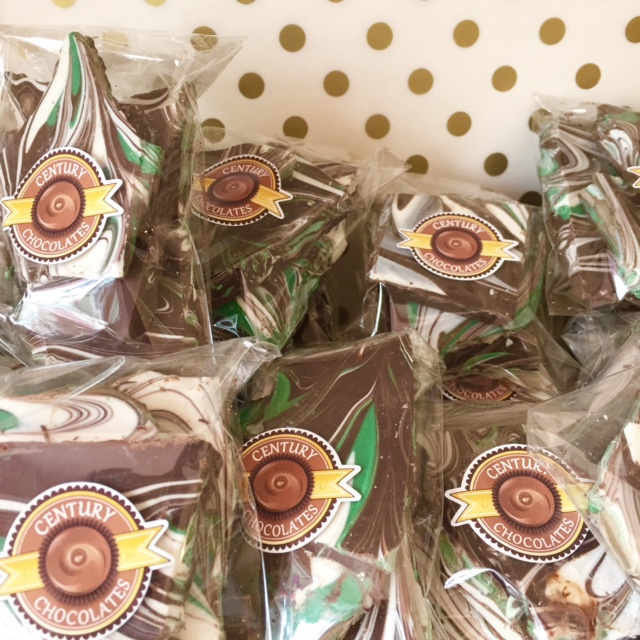 The term “Artisan Chocolate” usually brings to mind delicacies crafted in boutiques located along cobble stone roads in Belgium or deep in the heart of the Swiss Alps; but, there is no need to travel thousands of kilometres to experience quality handcrafted treats now that Century Chocolates is bringing a taste of luxury to downtown West Lorne. In late 2016, owners Ryan and Krista Harris opened their first store front at the 182 Main Street location.

Ryan’s start as a chocolate maker was serendipitous. While working as a cook at a restaurant he made the acquaintance of an area chocolatier who was visiting his place of employment. Ryan ended up helping this chocolatier to run a bistro in London for the next four years and this is where he honed his chocolate making skills.

Years later, while working in the manufacturing industry, Ryan missed dabbling with chocolate and creating things. His wife Krista, the owner of Special Occasions Creation and Design, was invited to sell her hand made favour boxes at a craft show in London and she wanted to put Ryan’s chocolates in the boxes. He whipped up some truffles for the event which sold remarkably well. He also ended up selling some of these truffles at his place of employment during the holiday season. After these successes Ryan decided to pursue his own artisan chocolate business.

Century Chocolates got its start as a home-based business with Ryan and Krista combining their talents to provide gourmet artisan chocolates in beautifully adorned, custom designed packaging for weddings and for sale at area craft shows. In 2014 Ryan developed his first flavoured caramels in orange and raspberry. The pair knew they had a great product and soon they put together a flavour list to develop an entire line. They rented a kitchen in Rodney and shortly after moved to Tasty Sweets Café and Bakery before moving to their own location.

Century Chocolates are made fresh with no artificial preservatives and no high fructose corn syrup. According to Ryan, caramels and chocolate already have a significant shelf life without adding unnecessary additives into the mixture.

A wide variety of chocolate bars, and chocolate covered treats are available at Century Chocolates but Ryan’s signature flavoured caramels, Century Caramels, are the stars of the show. Chocolate and caramel is a classic pairing that Ryan has loved since childhood. These caramels are similar to a truffle, but are filled with a soft-flowing caramel that has been flavouted with a variety of unique and delightful flavours including banana, raspberry, mint, peanut butter, Kaluha, and vanilla nut butter. Seasonal flavours are added in the fall including the ever popular pumpkin spice and the different but delicious chili.

Century Chocolates operates on the principles of quality and reasonable pricing. Artisan chocolates can be expensive but Ryan and Krista use a wholesale business model that allows them to sell their products at a reasonable price. They want to make artisan chocolate accessible. If their chocolates are comparable in price to the mass produced chocolates of major retailers, the choice to choose local will be easier for potential customers. They also want to ensure that they are able to grow their business while maintaining the handcrafted nature of their products. No matter how large the company gets, the pair refuse to automate and instead vow to hire and train additional staff to continue making the chocolates by hand. This philosophy helped the pair win the Elgin Business Resource Centre’s 2016 Enterprise Elgin Business Competition in October 2016.

In addition to their West Lorne location, Century Chocolates can be found each year at both the Christmas and Easter Craft Shows at the Western Fair in London and during open houses at Canadale Nurseries in Central Elgin, and in-store at Coyle’s Country Store in Tillsonburg, Harbour Merchant Coffee in Port Stanley, Chick Boss Cake in St. Thomas, Karen’s Java and Scoops in Forest, The Sweet Spot in Port Burwell, and at Karpos Mediterranean Style Dried Nuts and Fruits in Wortley Village, London and The Flower Fountain in Aylmer.