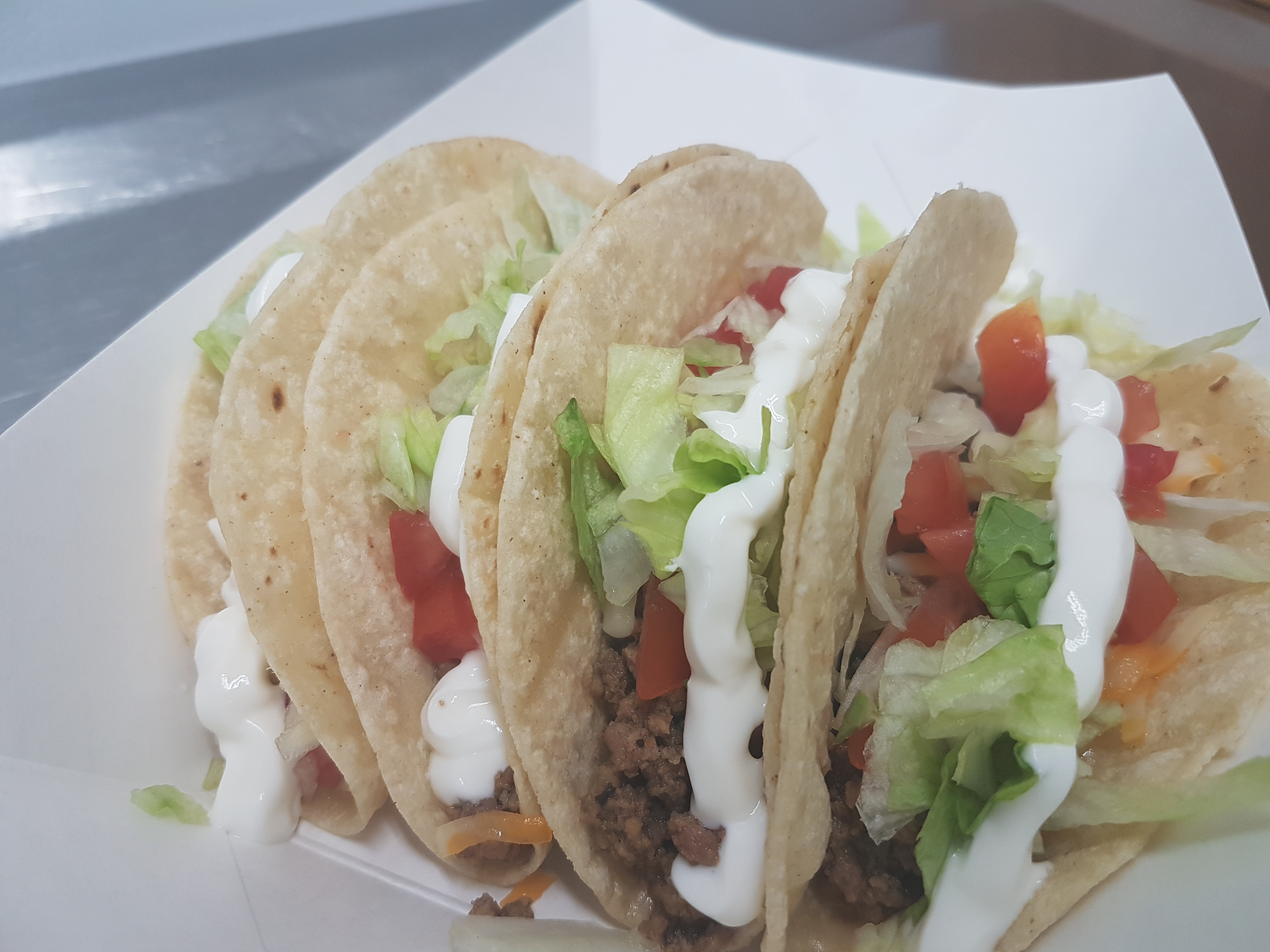 Dan and Lisa Froese live every day like it is Taco Tuesday! As the owners of Dan’s Taco Wagon in Aylmer, this duo, alongside their children Kayla, Tyler, and Christopher, spend their days preparing local Mexican delights not only for the residents of Aylmer but for people all over Southwestern Ontario.

In 2013, Dan was driving truck for St. Thomas Messenger when the opportunity arose to purchase a food truck from the whilom owners in Mount Salem, southeast of Aylmer. With a stationary truck, and the opportunity to work in the same town as their family home, Dan knew this was an admirable decision not only for himself but for his entire family.

Although Dan enjoyed driving truck, he soon realized that cooking was a true passion of his. Dan developed this passion from his Mother, Agatha, who also loved to cook for others. Just as his mother’s did, Dan’s eyes light up with joy when he catches a glimpse of others enjoying his culinary creations.

Through word-of-mouth, and of course mouth-watering cuisine, Dan’s Taco Wagon burgeoned, and as a result, outgrew its Mount Salem location. In 2015, the food wagon made its move to its present location on Main Street in Aylmer. This location has allowed the Froeses to be closer to their core clientele, family, friends, school, and church, all things that are near and dear to the Froese’s hearts. This move also helped their business to become more prosperous due to its central and prominent location.

On the menu, you will find tacos, burritos, burgers, fries and much, much more. Although, the Froeses put their own spin on these traditional menu items, which keeps people coming back time and time again. With their own seasoning powder, with the appellation slow heat, and salsa that Lisa stresses is Dan’s homemade “HOT” salsa, foodies can enjoy their meal at any level of spice they so choose. Diners can also turn up the heat by ordering bacon-wrapped jalapeño poppers, just one of Dan’s special creations.

If spice isn’t your forte, there are other signature items such as their Hawaiian bacon burger or fries supreme, two of the most popular items, closely followed behind their famous ground beef tacos. In the summer months, Dan’s is the perfect one-stop-shop for dinner and dessert. With signature soft-serve ice cream, milkshakes, sundaes, and deep-fried Mars Bars, a stop at Dan’s will leave your taste buds tantalized.

The Froeses are proud to be a family run business and treat all of their customers like family. They want people to know that “Food is our passion and we like to innovate, so if you have any unique suggestions, let us know, you might just see it as a special to try out.”

If there’s one thing you need to know about Dan’s Taco Wagon, it’s that almost everything is handpicked from the source by Dan himself. “Everything is also cooked on the stove,” Lisa Froese stated, “we don’t have a microwave”. Dan prides himself on supporting the local community, whether it’s purchasing fresh meat every day from the local butcher, or produce from a local market, you can be assured that the quality of food being served is nothing but the best.

The Froeses are happy to see both new and familiar faces each year when they open in April until mid-November at 550 Talbot Street W, Aylmer. Open Tuesday – Saturday from 11 am -7 pm for food, and 11 am – 9 pm for ice cream, visit Dan’s Taco Wagon to try one of his culinary delights for yourself!