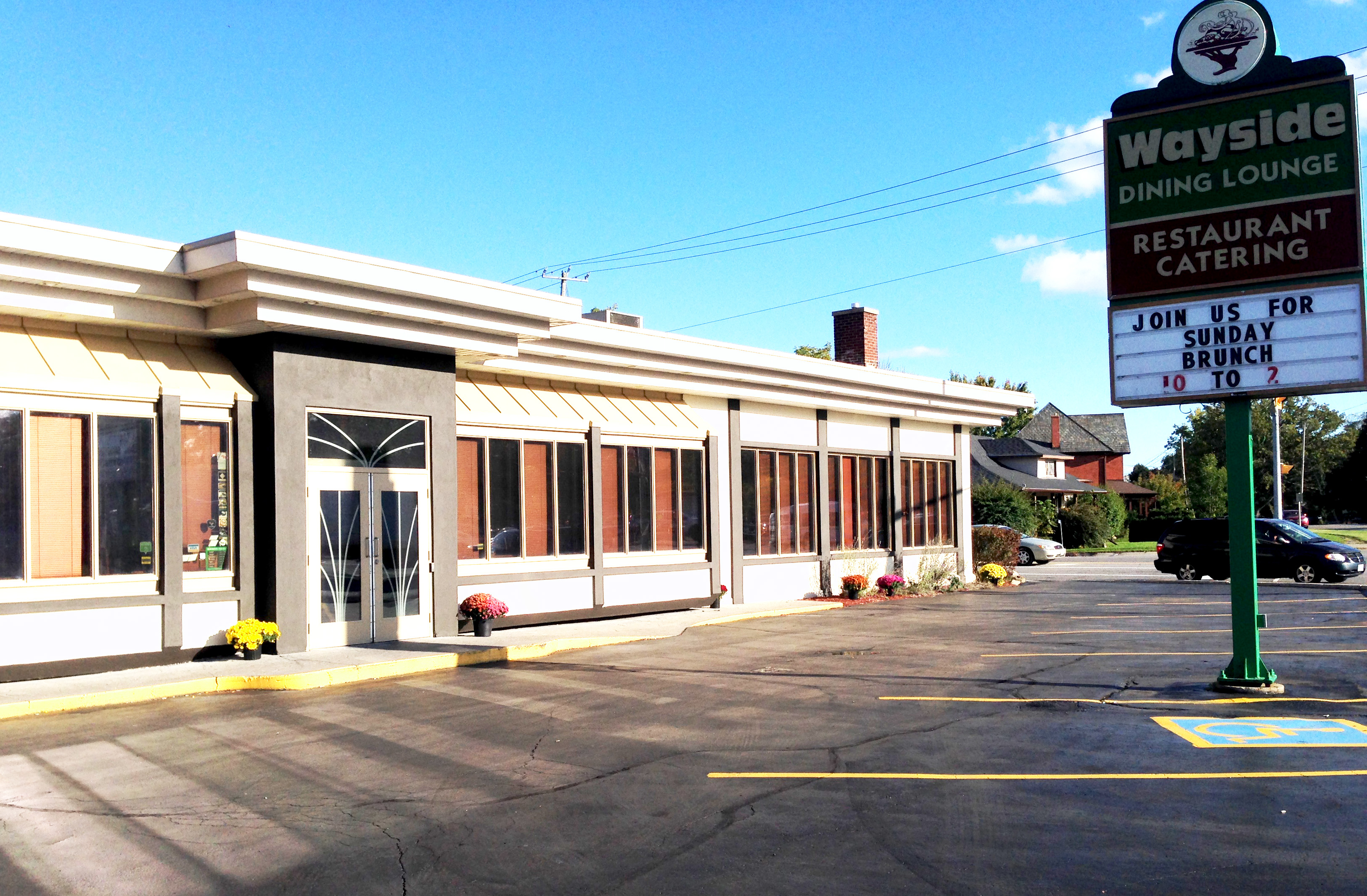 In 2016, The Wayside Dining Lounge in Talbotville celebrated a significant milestone – 80 continuous years in business. This is an impressive achievement for any business, especially a small, independently-owned business in a rural community. The Wayside Dining Lounge has been serving generations of residents and visitors to Elgin County who return time after time to experience its friendly atmosphere and mouth-watering culinary selections.

The property that the restaurant is located on has a long history dating back to 1913 when it was purchased by David Fife who operated a gas-powered grist mill on the site. A new structure was built on the site in 1936 which included a restaurant and a gas station. The restaurant had a series of owners and was used as a Greyhound bus terminal and pick-up location for many years.

The current owners Nick and Trudy Kanellis purchased the restaurant from the Escaf brothers in 1975. In 1978 the pair expanded the building, increasing its size by 50%. This was the first of many improvements that they would make to the location over the next four decades. In 1987 further renovations took place including the installation of windows on the front of the building. In 1993 a lounge and a small private dining room were added. A devastating fire destroyed 80% of the building in 2001 but Nick and Trudy were determined to quickly reopen to the public and within seven months a new interior and exterior were finished. Further upgrades were done in 2006 and again in 2007.

Located at the corner of Highway 3 and 4, on a busy corridor between London and St. Thomas, the Wayside is a great place for hungry travellers to stop for a bite to eat. Over the past 40 years, Nick and Trudy have been able to build a robust and loyal customer base through friendly service and great food. A spacious bar and dining area cater to the after work crowd as well as families dining out for the evening. The restaurant specializes in an excellent variety of North American cuisines including pasta, steak, chicken, seafood, and a popular weekend buffet that features all you can eat Yellow Lake Perch. The carefully selected wine list features picks from Italy, France and the Niagara Region.
In 1977 Nick and Trudy began to offer catering services after they purchased Galaway Foods in St. Thomas. They offer their services for all occasions including small meetings, large corporate parties, BBQs, weddings, anniversaries and more.  The pair can accommodate groups of five to five-thousand.

Nick and Trudy attribute part of the Wayside’s success to their own involvement in the community. When they aren’t busy running the restaurant they both enjoy giving back through the Rotary Club, the United Way, the Alzheimer’s Society, Ducks Unlimited, the CASO Station, the St. Thomas Elgin General Hospital Foundation other local charities and fundraisers.

“We are successful because we care about our community and our loyal customers,” says Trudy. “Without our customers we wouldn’t be here today.”

For more information about the Wayside Dining Lounge or to preview the menu, visit http://www.waysidedining.com/index.php.